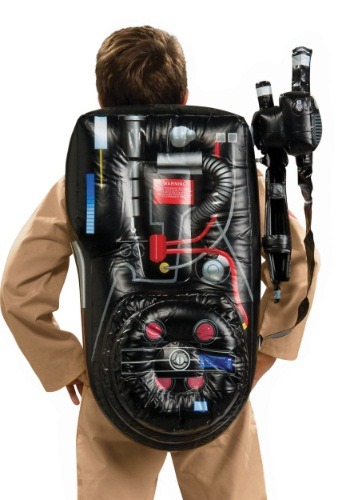 Let's cut to the chase.
You saw Ghostbusters with Kristen Wiig and Melissa McCarthy and you just had to have a proton pack.
We know what you're thinking.
No, this inflatable proton pack will not fire a charged particle beam and no, it won't blast ghosts into a submissive state, allowing you to properly catch them with one of your ghost-trapping devices.
If we're being completely honest here, we're not sure that selling a device capable of those sort of things is even legal and it's definitely not safe.
So, we're doing you a solid by just selling this Ghostbusters Inflatable Backpack instead of the real deal!This officially licensed product comes straight from the latest Ghostbusters movie.
It has all of the details in the movie designed right into the pack, so it looks just like the ones worn by the girls in the movie.
The bad news is, it won't stop ghosts.
The good news is, you won't accidentally blast any of your friends with a particle beam when you head to a party wearing your cool Ghostbusters costume!